Start a Wiki
This article is about an upcoming feature or add-on for Train Sim World. Details on this page may be outdated and/or subject to change as it nears release. This notice will be removed upon release. 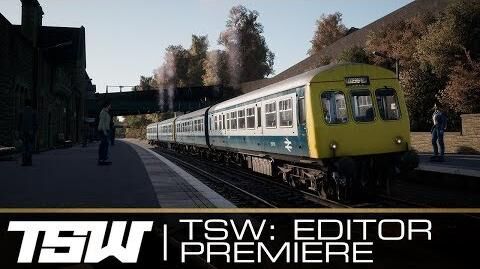 Retrieved from "https://train-sim-world.fandom.com/wiki/Editing_Tools?oldid=8363"
Community content is available under CC-BY-SA unless otherwise noted.